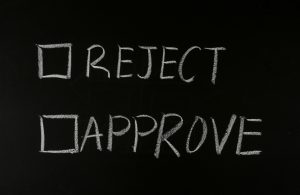 I recently attended a city council meeting to watch a debate on a controversial commercial permitting issue. I won’t mention the name of the city or the company seeking the permit. The requested permit had been brought before the council on several prior occasions, and this was the company’s last push of a grassroots effort to win approval.

Heading into the meeting, the CEO of the company expected the vote to be close, likely a 4-3 decision either way. For over four hours the company attempted to overwhelm the council with supporters, lawyers, consultants, appraisers, public relations specialists, charity representatives, even a minister. Hundreds of thousands of dollars were spent on the effort.

However, all the effort was for naught, as the permit was denied and the company chastised by the council.

So what went wrong? What are the lessons learned?

The high-powered lawyer who spoke on behalf of the company lacked humility and was disrespectful of the council and her client. Her combative tone came across as a big-city lawyer talking down to the silly, little city council. During her public remarks, she mentioned the name of her law firm twice as often as that of her client.

The Lesson: Your representatives must show they respect local geography and sensibilities. Without this display of respect, it is very difficult to create a natural sense of partnership that can be used to foster a sense of alignment with the local politics and beliefs. It must be clear that they represent you first and foremost, not themselves.

The public relations team had the CEO bring a large contingent of his friends and family and printed t-shirts for them to wear to show their support. It’s always helpful to show that you have community support, but it quickly became obvious that the supporters were not from that community. Every visitor had to sign in to the meeting and list their town of residence, so the council saw a sea of supporters from a very wealthy community two zip codes removed from the city. The council members repeatedly and publicly made reference to the carpetbaggers.

The Lesson: The presence of a large number of supporters is very powerful, but it must be clear that their interests are aligned with the interests of the locality. The carpetbaggers, while well-intentioned, created a sense of benefit flowing out of the community.

The company enlisted the support of a national charity to testify about the company’s bona fides as a good corporate citizen.

The Lesson: Showing your support of a charitable partner is very compelling but it must be clear how the local community benefits. There are so many groups doing important work locally that it isn’t difficult to find one that creates a more resonant connection to the community. The national charity’s philanthropy fulfilled a very worthy cause, but it was not as compelling on a local level.

A minister testified on behalf of the company by quoting scripture and pontificating on the evils of municipal debt. The intenti
on was to remind the city council of its obligations to be fiscally responsible and generate tax revenues by allowing commercial development.

The Lesson: This should be obvious but religion is a deeply personal matter. A minister lecturing on behalf of a corporate interest is likely to come across as offensive, just plain old bad manners.

The CEO only got 3 minutes to talk at the meeting, while his lawyer spoke for nearly an hour.

The Lesson: It is hard to imagine yourself partnering with a person or business you don’t know very well, particularly when there may be preconceived ideas about the parties involved. The person most knowledgeable about the business promoting its merits and defending its warts comes across as authentic. It is also harder to say no to a person you feel is being honest and open with you.

The local landowner upon whose property an easement was sought was asked to testify in support of the permit. This would normally be very persuasive, but the landowner was angry, repeatedly interrupting council members, and stood defiantly with his hands on his hips. He glared and sputtered at the council members’ questions. He embarrassed himself and visibly angered certain council members.

The Lesson: If you are going to have someone speak, make sure they are coached on civil debate. There are some simple rules we can all stand to be reminded of. Never interrupt the person in power. “Sir” and “ma’am” go a long way in conveying your respect. Keeping your hands by your side will show your calm state of mind.

Non Vi Sed Arte – Not by strength, by guile.

Every project has its unique issues and challenges. Make sure you hire thought leaders that are intelligent enough to recognize local sensibilities and adjust accordingly and appropriately. And finally, a more subtle approach generally provides the most opportunity for success, particularly in instances involving public debate.

A well-intentioned CEO got really bad advice from his third-party advisors. The circus environment these advisors created did not reflect his good business acumen. As a result of heavy-handed tactics, the city council got boxed in and was left with no choice but to deny the permit. And the company was left having to pay hundreds of thousands of dollars in fees to a law firm and consultants that damaged the company’s reputation.